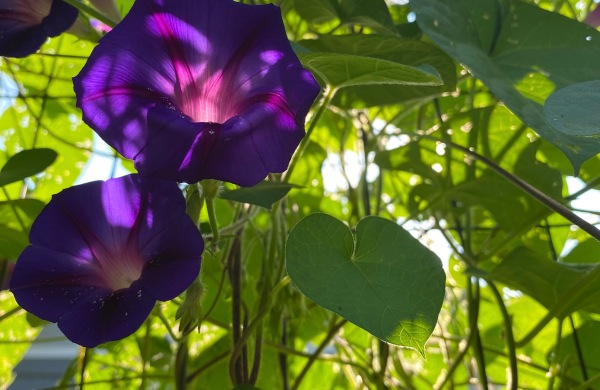 Early one morning – the sun was still weak,  I stepped through an old rusted gate.Walked into my garden and took peekWhat I saw, I know, was my fate.  Overcome by… Read more IN THE BEGINNING →

I gazed up into the early morning sky. In an instant, I became keenly aware of the vastness that stretched above my head. Though stars were no longer visible, I suddenly realized how incredibly deep space extended over me. Though I could not see, I knew that billions of galaxies much larger than our own small Milky Way, had been strewn much farther into space than my finite mind would ever be able to conceive. From the beginning of time and into time not yet experienced by mankind, our God… Read more The Unshakable →